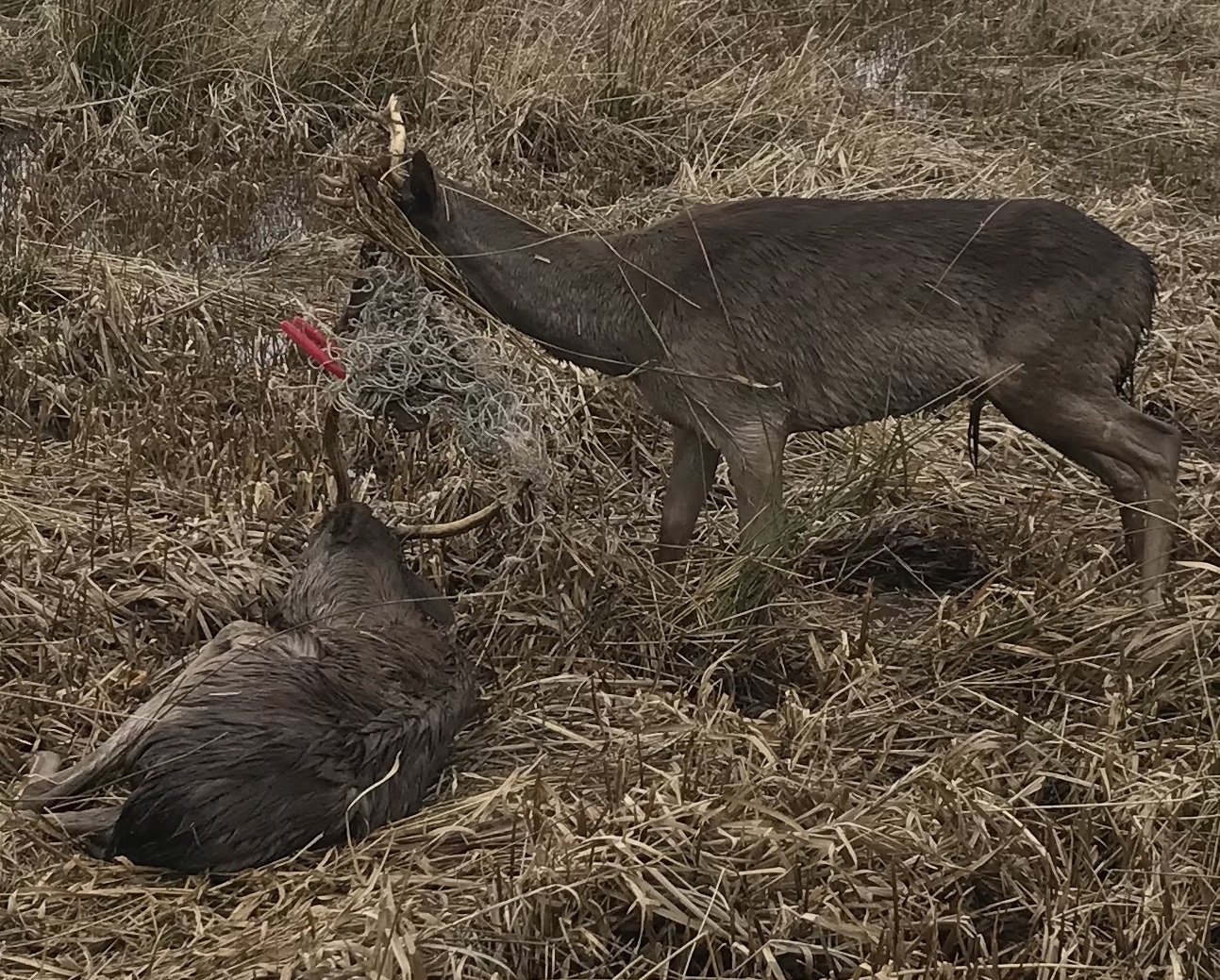 From time to time Wadars rescue officers are called out to deal with larger types of wildlife including trapped or injured deer.

One such call was dealt with by Wadars senior animal rescue officer, Billy Elliot, who responded to a call from the Warden at the RSPB’s Pulborough Brooks nature reserve, reporting two young stags that were caught in some discarded fencing. Not only were they both caught up, they were actually tethered to each other by the wire which was caught around both sets of antlers.

Billy and the Warden eventually managed to remove the wire and the younger of the two deer immediately took off, whilst the older one was exhausted from trying to escape from the tangle and had almost drowned in the boggy ground.

Rather than take him away, the decision was taken to move the exhausted animal to drier ground and leave him to recover, which he did and eventually disappeared back into the undergrowth none the worse for his ordeal!